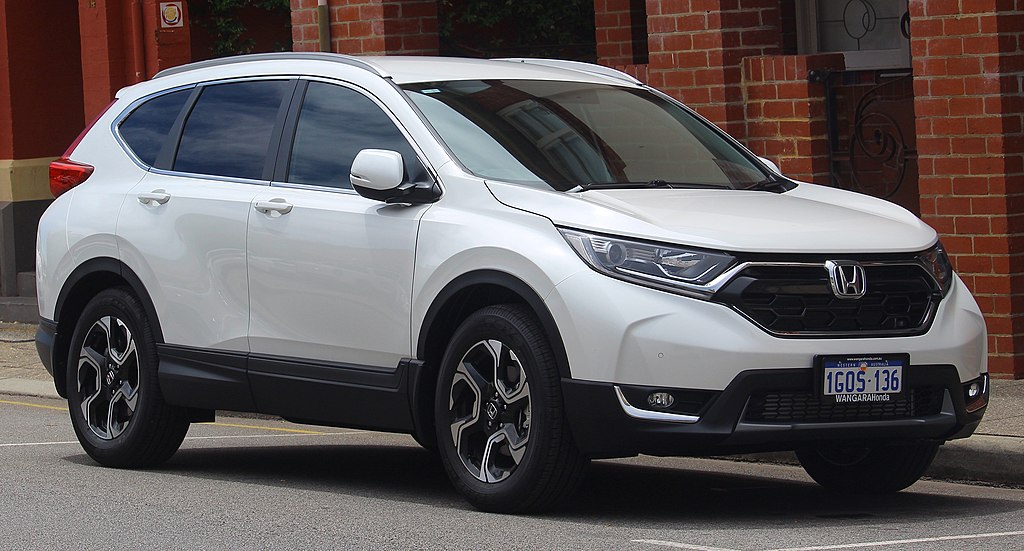 The Japanese crossover is one of the most notable in its class. The Honda CR-V has been produced since 1995; today the fifth generation of the car is already available in dealerships.

The CR-V sits between the compact HR-V and the full-size Pilot in Honda’s lineup. This crossover is great for everyday city driving and suburban travel.

There are no perfect cars, and the Honda CR-V has its typical problems – this article will be about them. It will help those who are planning to buy a used crossover, as well as current owners who do not yet know some of its features.

The crossover is presented with 2.0 and 2.4 petrol engines with a capacity of 150 and 168 liters. sec., as well as with a 2.2-liter turbodiesel. Everything is simple with power units – it is enough to change the oil and filters according to the regulations, and the engine will last as long as possible.

At the same time, there are also shortcomings typical of the CR-V. For example, on models with a 2.4 engine from 2008-2009, the timing chain was often stretched prematurely – by about 120 thousand kilometers.

About rear springs in the Honda CR-V

In general, the suspension of the crossover is quite reliable and, with proper use, it serves for a long time and flawlessly. Repairing a Honda CR-V from her side is a rarity. Of course, it all depends on the nature of the driving: the more careful the driver, the longer the suspension lasts.

Still, the car has some typical flaws. For example, the rear springs in the Honda CR-V have to be changed after two to three years of operation. The rest of the elements serve for quite a long time: shock absorbers – 70-80 thousand kilometers, struts – 60-80 thousand, silent blocks – up to 150 thousand.

The car, depending on the year of manufacture and modification, can be equipped with parking sensors. Honda CR-V sensors can have problems after 5-6 years of operation. The surface of the sensors oxidizes and they cannot perform their function properly. There are two options: install new sensors or clean and paint old ones.

Quite reliable gearboxes are installed on the crossover – classic mechanics and automatic. There are no problems with the first one, except that some owners note extraneous noise when turning on the first and second gears. With a machine, everything is more complicated: sometimes the gear selector position sensor and the second clutch pressure sensor fail.

Are there any other typical Honda CR-V problems? Some owners note a weak paintwork, due to which chips, scratches and corrosion centers quickly appear on the body. If you buy a used car, carefully examine the tailgate, sills, door edges, wheel arches.

Things to Remember for Crossover Buyers and Owners

Firstly , maintenance must be carried out according to the regulations, and sometimes more often, drive carefully and pay special attention to the paintwork, timing chain, rear springs, steering rack and parking sensors.

The rest of the Honda CR-V is a car that rarely needs repairs with proper care. This is a truly legendary crossover, one of the best in its class.

If maintenance is carried out in a timely manner, there will be no problems with the car.

We use cookies on our website to give you the most relevant experience by remembering your preferences and repeat visits. By clicking “Accept All”, you consent to the use of ALL the cookies. However, you may visit "Cookie Settings" to provide a controlled consent.
Cookie SettingsAccept All
Manage consent

This website uses cookies to improve your experience while you navigate through the website. Out of these, the cookies that are categorized as necessary are stored on your browser as they are essential for the working of basic functionalities of the website. We also use third-party cookies that help us analyze and understand how you use this website. These cookies will be stored in your browser only with your consent. You also have the option to opt-out of these cookies. But opting out of some of these cookies may affect your browsing experience.
Necessary Always Enabled
Necessary cookies are absolutely essential for the website to function properly. These cookies ensure basic functionalities and security features of the website, anonymously.
Functional
Functional cookies help to perform certain functionalities like sharing the content of the website on social media platforms, collect feedbacks, and other third-party features.
Performance
Performance cookies are used to understand and analyze the key performance indexes of the website which helps in delivering a better user experience for the visitors.
Analytics
Analytical cookies are used to understand how visitors interact with the website. These cookies help provide information on metrics the number of visitors, bounce rate, traffic source, etc.
Advertisement
Advertisement cookies are used to provide visitors with relevant ads and marketing campaigns. These cookies track visitors across websites and collect information to provide customized ads.
Others
Other uncategorized cookies are those that are being analyzed and have not been classified into a category as yet.
SAVE & ACCEPT
Shares

Sell Your Car For Parts

GET AN INSTANT QUOTE FOR YOUR VEHICLE NOW!

We Buy Cars In ANY Condition!