Honda Spares Scrap Yard presents an extensive selection of second hand Honda Jazz spares. We are committed to providing you great quality used parts of the very best quality, at a cost-effective price for your pleasure. It is very likely we’ll carry the component you’ll require for virtually any Honda automobile in South Africa. Within the impossible occasion which we won’t have the part you are searching for, we’ll work to find it for you!

We Send Parts all over SA!

We can deliver Honda spare parts throughout South Africa and neighbouring countries: Namibia, Zimbabwe, Swaziland, Botswana and Swaziland. We use top couriers with a "to the door service".

GET IN TOUCH


Scrap Your Honda For Parts!

We buy accident damaged or non-runners Honda's and strip them for spares. We buy vehicles in any condition! Whatever state they are in! Call today if you would like to get good money for your vehicle.

GET IN TOUCH


You're In Good Hands!

We only sell the best replacement Honda parts from reputable overseas companies having the top customer reviews. All new parts are guaranteed, ensuring your 100% satisfaction.

About The Honda Jazz

The Honda Jazz has grown in size … And in design. A huge boot for its segment and a very modular interior are its hallmarks. The new generation is also more spacious, but it is not the only thing that wins. In its design, it does not look as UFO as Honda Civic, but not as discreet as the previous one. With its marked nose this urban grows by 9.5 centimeters, and the prominent lines on the sides communicate it with the rear pilots. Inside, the driving position with its large central display is oriented to the driver, and the steering wheel buttons activate the main functions. The materials and adjustments, especially in the dashboard, are of remarkable quality, only the elbow knocks on the door with hard plastic. The infotainment system is used fluently, and can be easily connected via USB, WLAN, Bluetooth or HDMI to mobile. In addition, it incorporates various ‘apps’. Paying an extra, the browser incorporates traffic information in real time. 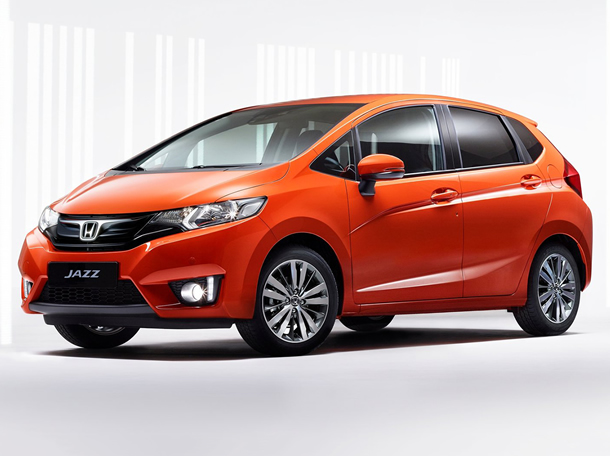 But one of the most surprising sections is the trunk: opening the tailgate is no less than 354 liters, 17 more than its predecessor and 74 more than, for example, a Volkswagen Polo. But it has more benefits in its interior: from the first generation, Jazz incorporates the so-called ‘Magic Seats’, with which when folding the backs, the sidewalks also sink, achieving a flat surface of 1.51 meters. Thus, the trunk grows to 1,314 liters, a surprising value in a car in this segment and size. The passenger seat also folds easily, and with that you can enter objects up to 2.48 meters. Another of the wonderful functions of the ‘Magic Seats’ is the possibility of folding the rear benches as in the seats of a cinema. Thus, for example, an indoor plant can be transported without having to dump it. Also surprising is the Honda Jazz in perimeter visibility. Its large glazed surfaces give great visual access to what happens outside, just down a little in the area behind the C-pillar. Behind there is plenty of room for passengers, who now have 65 millimeters more for the legs. The front seats, though, although with good ergonomics, fail to prevent adults over 1.90 meters tall have trouble finding an optimal posture.

Another positive element: thanks to the new steering gear, the front wheels have a more direct reaction. This makes it feel that the driver is more attached to the asphalt, without this meaning that the irregularities of the driver are felt. Engineers have developed a chassis thinking about European taste, and thanks to thicker stabilizers, new shock absorbers and lighter components, the Honda Jazz rolls more relaxed and even due to sharp bumps the interior does not receive much shocks. The ‘Agile Handling Assist’ system brakes the inner wheels slightly so that the cornering behavior is more agile. The 1.3 ‘i-VTEC’ 102CV engine replaces the 1.2 and 1.4, and is capable of launching Jazz up to 190 km / h (183 km / h with automatic transmission). Its maximum torque is reached at 5,000 revolutions. And below 3,000, the truth is that it lacks verve. That is why you need to handle more than your manual six-speed gearbox, which, yes, has a good touch. The automatic transmission ‘CVT’ is optional, and does not improve the engine response. In addition, it causes it to be louder.

We use cookies on our website to give you the most relevant experience by remembering your preferences and repeat visits. By clicking “Accept All”, you consent to the use of ALL the cookies. However, you may visit "Cookie Settings" to provide a controlled consent.
Cookie SettingsAccept All
Manage consent

This website uses cookies to improve your experience while you navigate through the website. Out of these, the cookies that are categorized as necessary are stored on your browser as they are essential for the working of basic functionalities of the website. We also use third-party cookies that help us analyze and understand how you use this website. These cookies will be stored in your browser only with your consent. You also have the option to opt-out of these cookies. But opting out of some of these cookies may affect your browsing experience.
Necessary Always Enabled
Necessary cookies are absolutely essential for the website to function properly. These cookies ensure basic functionalities and security features of the website, anonymously.
Functional
Functional cookies help to perform certain functionalities like sharing the content of the website on social media platforms, collect feedbacks, and other third-party features.
Performance
Performance cookies are used to understand and analyze the key performance indexes of the website which helps in delivering a better user experience for the visitors.
Analytics
Analytical cookies are used to understand how visitors interact with the website. These cookies help provide information on metrics the number of visitors, bounce rate, traffic source, etc.
Advertisement
Advertisement cookies are used to provide visitors with relevant ads and marketing campaigns. These cookies track visitors across websites and collect information to provide customized ads.
Others
Other uncategorized cookies are those that are being analyzed and have not been classified into a category as yet.
SAVE & ACCEPT
Shares

Sell Your Car For Parts

GET AN INSTANT QUOTE FOR YOUR VEHICLE NOW!

We Buy Cars In ANY Condition!